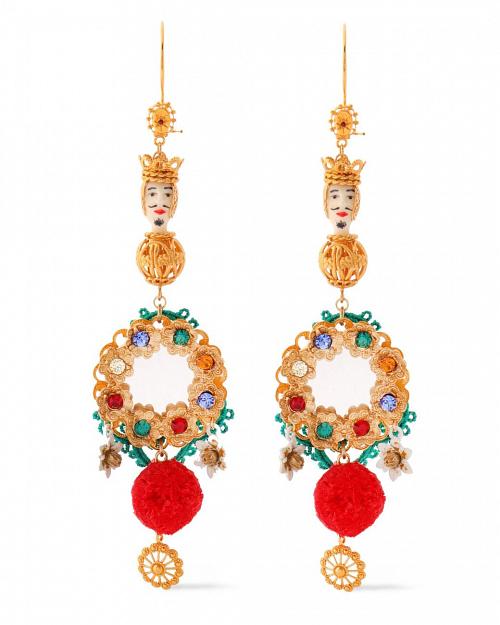 Channel the fiesta feel of Dolce & Gabbana’s sensational SS13 show with the label’s drop earrings. A riot of color and texture, this gold-tone brass pair will lend your look the italian charm. Complement the crystals with primary-bright pieces. Tie up you hair and wear them with plain non printed outfits.