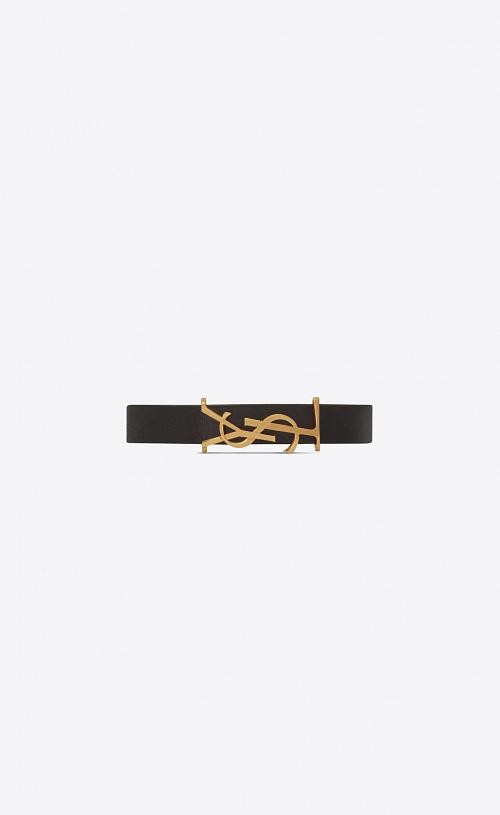 Bracelet decorated with interlaced metal YSL initials at the center.