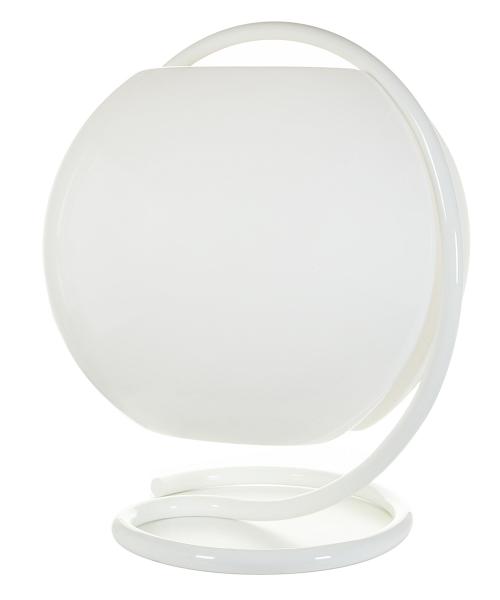 Simplicity, pure geometric forms, but above nature are the elements that inspired Elio Martinelli in his creations. This huge floor lamp gives fantastic warm light when lit and is a true centerpiece of attention in any room it takes place.

Elio Martinelli often sought inspiration for his lamps from nature and simple geometric shapes. He was also fascinated by new materials and technologies, and Martinelli is known as one of the first designers to use plastic as a material for lamps.

His designs represent the midcentury modernist Italian aesthetic, standout pieces that embrace new materials. Following an invitation from designer Gio Ponti, Martinelli his company participated in the first edition of the international design exhibition, Eurodomus, held in Turin in 1966. It went on to attend the 1968, 1970, and 1972 editions as well.