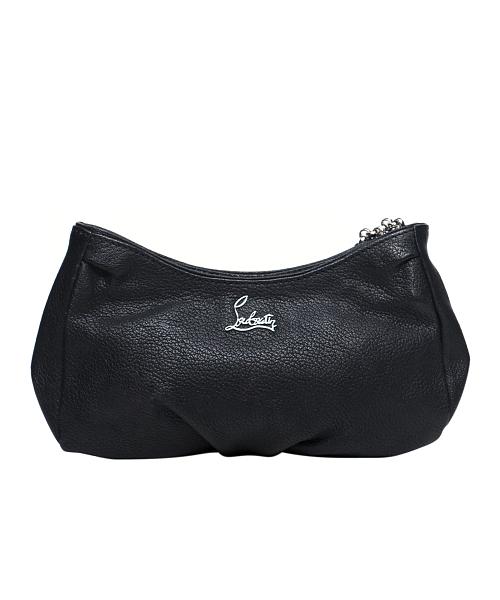 It has that classy look that would make it go perfect with any evening outfit, but it’s also small enough to only carry your essentials instead of a large purse with tons of things in it.

Christian Louboutin launched his line of high-end women’s footwear in 1991. His designs quickly became recognised for their bright red lacquered sole which has since become his trademark. Louboutin is renowned for his stiletto heels which are generally five inches or taller, his designs often feature studs, bows, bejewelled heels and other evening wear adornments.

Louboutin is synonymous with luxury and elegance and this was reaffirmed when he was awarded with the Luxury Institute’s ‘Most Prestigious Women’s Shoes’ in 2007, 2008 and 2009. As the Louboutin brand continues to expand, the label has released a line of handbags that compliment the shoe line.

Shoe God Christian Louboutin who created the signature red-soled stiletto, admitted he stumbled upon the idea by chance. When trying to make the soles more interesting he tried applying red nail varnish and the idea immediately took off, making his shoes instantly recognisable.