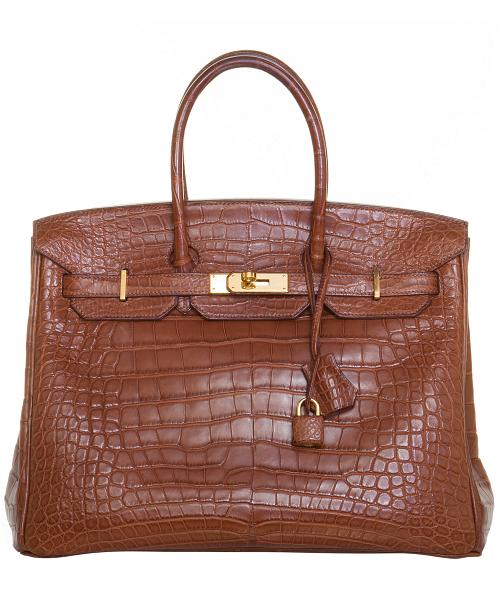 The demand for exotic bags extremely outweighs the supply and, except for the lucky person who happens to be in an Hermès store at the right time, exotics are held for VIP customers. No one except Hermès knows how many exotic Birkins and Kellys are made annually, but the last statistic on exotic bag production was about 3,000 bags a year. That was several years back, so I would assume production is up substantially. Any number encompasses all exotic bags, not only the Birkin and Kelly. Regardless, Hermès cannot keep pace with the popularity of its exotics. I think that for the budget conscious Hermès lover, a preowned croc is an excellent way to either “dip” into the exotic category, or to add to her collection. Marron d'Inde is not often seen, and is a coveted coloration for its simplicity, yet complexity in tone. But, when this color is done in Alligator, there is simply no comparison. This Birkin bag, in combination with its fantastic color, impeccable scales, and flawless condition, becomes a holy grail for collectors and the savvy Hermès shoppers alike. There will simply be none other like it.