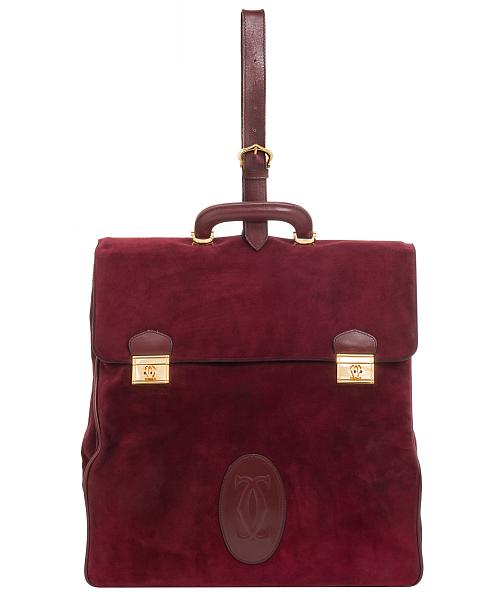 An iconic train travel bag from Cartier from 1975.