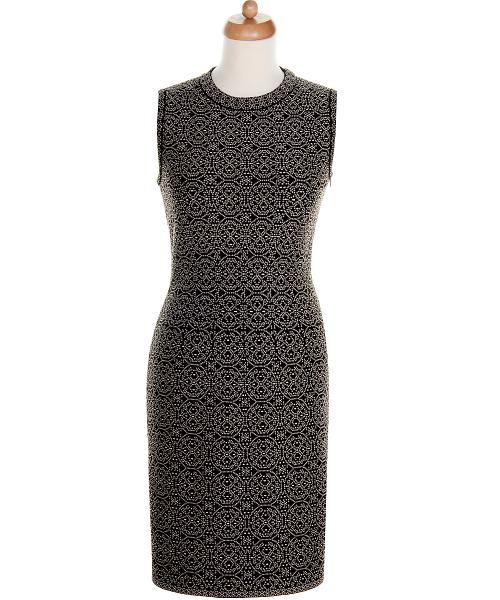 This black and white Alaïa dress is a piece to be spotted in. The geometric design is woven into the fabric and shaped in such a way as to show off your figure. Crafted, or rather one could say sculpted, in Italy from a comfortable stretchy viscose blend fabric, the dress has a figure hugging fit with round neck, mid-length hem and sleeveless silhouette. The best way to remember Alaïa is to get an Alaïa.