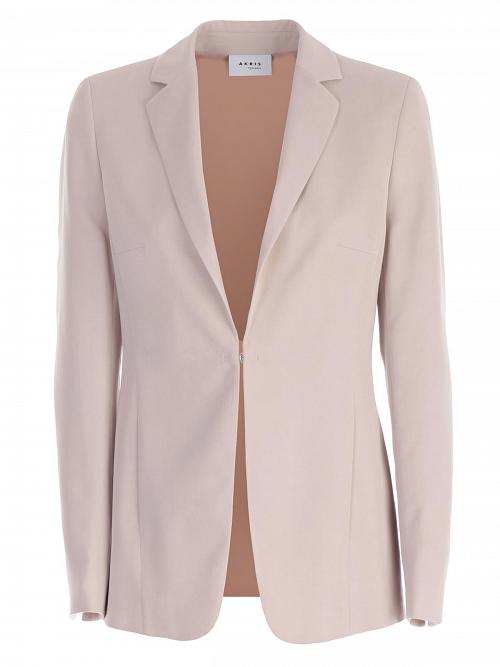 The Swiss family-owned label was created by Alice Kriemler Schoch (her initials form A-Kri-S) in 1922, when she started sewing polka-dot aprons, and this Swiss dot (the original name) made Akris famous. Today, her grandsons run the company. But she isn’t forgotten, every luxury piece of Akris has hidden polka-dots in the lining. Today’s style can be described as understated, but very chic.

The company’s headquarters are located in St. Gallen, Switzerland, where 200 employees work. The design process begins with the fabric which are often custom produced. After that, the designing starts. About half of the company’s manufacturing employees are highly skilled artisans; two years of training are required for a seamstress to master the hand-finishing of the double-faced cashmere jackets.
Akris thanks its success mostly due to ‘trunk shows’ (a special sale for a select group, often before the products are available in stores) and people telling each other because they don’t do very much on advertising. They didn’t even license the name ‘Akris’!
Several female celebrities are known to have worn Akris designs such as Nicole Kidman, Angelina Jolie, Diane Sawyer, HSH Charlene Princess of Monaco and Susan Sarandon.