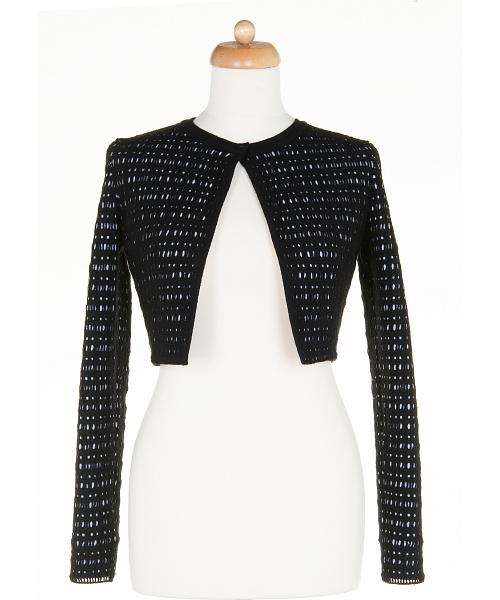 Cut to a cropped fit, this cardigan from Alaïa is reminiscent of the bolero jackets of the '50s. It is meant to be loose in the bodice to create a beautiful architectural shape.