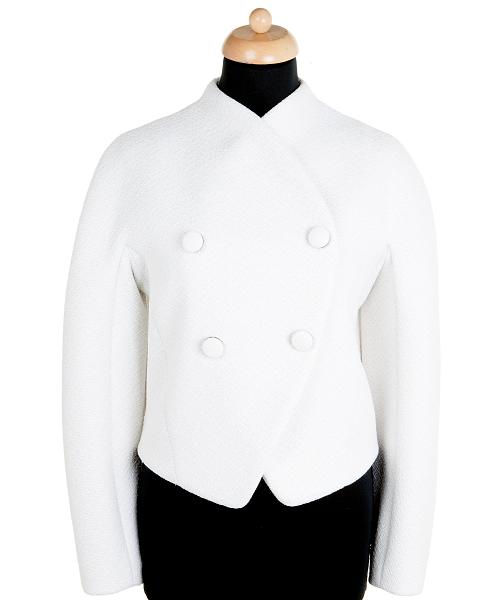 Part of the first look of Proenza Schouler's lauded 2013 fall runway, this bouclé jacket recalls the elegant work of mid-century couture masters. From the rounded silhouette to the dense fabric, this structured piece is nothing short of exquisite. Wear yours with a black pencil skirt. As seen on Kim Kardashian.

Lazaro Hernandez, who worked at Michael Kors, and Jack McCollough, who worked at Marc Jacobs, met at Parsons School of Design. They collaborated on a senior project that became enormously successful, and in 2002 they launched Proenza Schouler (a combination of their mothers' maiden names). The duo was immediately lauded by fashion's highest critics for their design prowess, fresh approach to modern luxury, and technical sophistication.