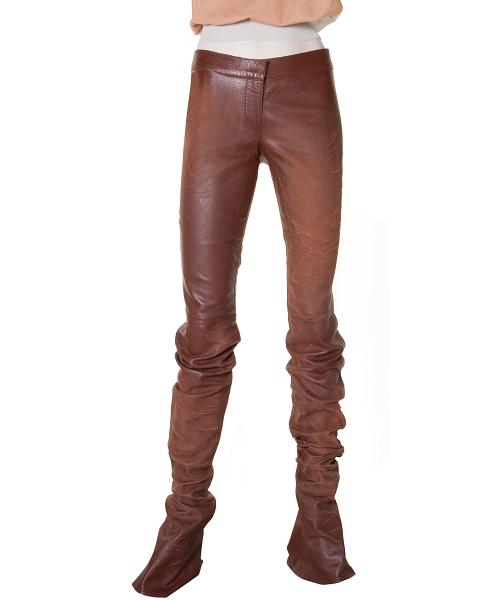 These extra-long hip-hugging, distressed leather pants were shown for the Dolce & Gabbana Fall 2001 Ready-to-Wear Collection in a variety of colors.