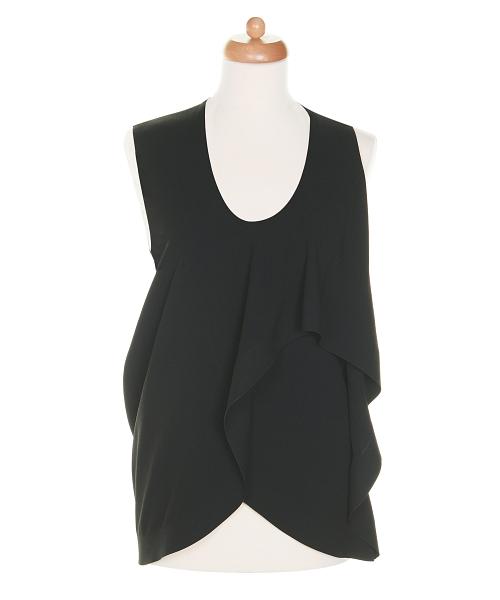 Expertly tailored in black fabric, it features a draped front, a sleeveless design and a dip hem. Divinely sexy and elegant.