Establishing a globally-recognized image, Carolina Herrera has resided at the helm of her eponymous label for over three decades, proving every season that effortless elegance paired with modern refinement is always relevant. Featured in top international publications, showcased on Hollywood stars across the red carpet, Carolina Herrera's designs are an authentic expression of the designer's stand-alone mission - to make woman look and feel their most beautiful. 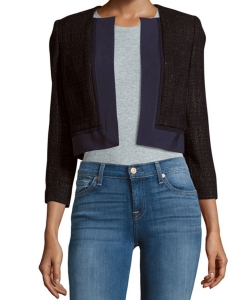