J.W. Anderson first showed on-schedule at London Fashion Week in 2008 with a menswear collection that garnered much critical acclaim. Celebrated for a distinctive aesthetic that blurs the lines between masculinity and femininity, J.W. Anderson presented its first stand-alone womenswear collection in 2010. The brand is considered at the forefront of pioneering fashion design and has received praise from critics and buyers worldwide. Having been the recipient of numerous industry awards: 'The New Establishment Award’ 2013 and 'Menswear Designer of the Year' 2014, as well as recent investment from LVMH, J.W Anderson takes a firm position as an emerging luxury brand. 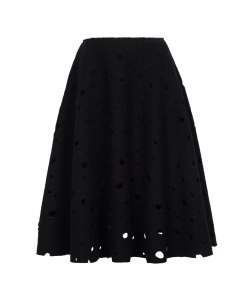