In 1950, Louis Féraud created his first "Maison de Couture" in Cannes and by 1955 had established a couture house in Paris on 88, Rue du Faubourg Saint Honoré and 57, rue Pierre-Charonne.

From the mid-1950s he was dressing the Parisian elite and designed the wardrobe of Brigitte Bardot for many of her movies. It wasn't however until 1958 that he presented his first haute couture collection in Paris.

In the early 1960s Louis Féraud hired the designers Jean-Louis Scherrer, Margit Brandt and Per Spook.

In 1970, he signed a contract with Fink (Germany) for a ladies' prêt-à-porter (ready-to-wear) collection. The year 1978 was an excellent one for Féraud: he won the "Golden Thimble Award" for his Spring/Summer 1978 Haute Couture Collection. He went on to claim this accolade again in 1984.

Adding to his growing collection of honours Louis Féraud was elected Prince de l'Art de Vivre in 1991. In 1995 he was decorated Officier de la Légion d'honneur, by the French President. His daughter Kiki signed her first Haute Couture collection in with Féraud in 1996. The head Haute Couture designer throughout the 70s,80s, 90s remained the Icelandic designer Helga Bjornsson, known for her theatrical and innovative style. In September 1999 the Dutch group Secon acquired Féraud. He died that December, aged 79 after a long and severe battle with Alzheimer's.

The year 2000 saw Yvan Mispelaere join the group as artistic director and that July witnessed his first Haute Couture fashion show in "Musée des Monuments Français" in Paris. In 2002 the German Group ESCADA took 90% of the Féraud shares and Yvan Mispelaere left the company. Later that year Féraud decided to concentrate its activities on ladies' ready-to-wear and licences with Jean-Paul Knott selected as Creative Director for the luxury ready-to-wear market.

In 2003, Jean-Paul Knott left Féraud and that July the worldwide flagship store opened in Paris at 400 rue Saint-Honoré. 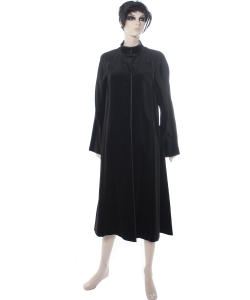 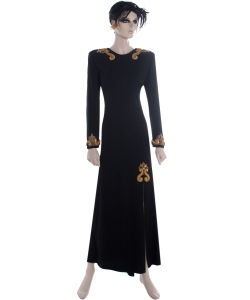 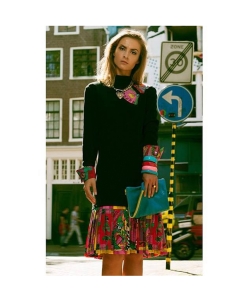