Judith Milgrom established Maje in 1998, wanting to offer a brand for dynamic women encompassing many different roles throughout the day, as well as to carry on her childhood memories of the family workshop.
Her sensibility and eye for detail have helped her become a unique designer in the fashion world.

Judith Milgrom, founder and artistic director of Maje, represents one of the greatest prêt-à-porter success stories in the accessible luxury sector.

Very early on she knew that she wanted to dress women and construct her own stylistic language. Naturally curious and open-minded, Judith was 16 when she asked her parents to allow her to spend her holidays working and learning in the family workshop. The experience triggered a veritable vocation.

Self-taught, she learns quickly with passion and energy.

Having had a mother who worked long hours and enjoyed close relationships with her ve brothers and sisters, she openly admits that her family provided her with the best possible corporate experience. She forged her own taste: full of light, colour and perceptive femininity. Perhaps the result of a childhood spent in Morocco?

The time she spent with her grandmother, who made her own clothes, left her with memories of the hand- made, of prints and fabrics.

Judith was living the lifestyle very early on. The need to advance, to progress. The word ‘impossible’ is not a part of her vocabulary. She spent three years studying each step in the creation of a collection: from the choice of fabrics to pattern making and garment assembly. And that was when she felt the desire to create her own brand. A brand for active women, women who live several lives in a single day. She was then aged about thirty. That just left the question of a name. Maje seemed an obvious choice. M for le Moyal, the family surname. A for Alain, her brother who had joined her in the adventure. J for Judith. And E for Evelyne, her sister’s rst name.

The brand was launched in 1998. Women immediately adhered to the look, one that could only be found here. Silk in winter, lace, colours, and the deliberate decision to avoid black. And reasonable prices. Judith wanted to offer a dream to an urban world. She made quirkiness a strong element of her identity. She aimed at the independent woman who knew what she liked. To do so she sought inspiration in her own family and their culture. Judith prides herself in defending respect for the individual and a certain natural elegance. She is often heard saying that ‘you need to look after yourself in order to be able to look after others.’ Her father’s elegance certainly had something to do with it.

For 7 years her clothes were sold in multi-brand stores. Then came the rst standalone shops. The collections were not even complete when she was offered three prime locations in Paris. Judith jumped at the opportunity and signed. She will never regret it, since ‘anything is possible’ is a leitmotif for this woman, who combines strength and fragility.

Her stores are a part of herself, an extension of her generosity. Their design expresses the ‘modern nomadic’ feel; they mix wood and marble with touches of boho chic.
For women, they offer a moment to relax and share. The brand set up in three of Paris’ major style districts. Then came department store outlets. Today the brand has a total of 200 stores in France and 150 overseas.

Success may be the best therapy, but it needs to be constantly called into question. And for that, Judith’s watchwords are consistency and honesty. To her, fashion is part of nature, like the wind, the sun, the sea... It can be neither mastered nor controlled. It can only be lived. That’s why she continues to develop an increasing number of collaborations and partnerships for her brand. She has reached out to other elds of activity, like music and charitable work. The Mécénat Chirurgie Cardiaque association, which funds heart surgery for children, has received her support. Judith also invites other talent, such as the French female DJ duo Les Putafranges and New York socialite Vanessa Traina, who have each designed a capsule collection.

Before anyone else, Maje chose Alexa Chung and Lou Doillon as the faces to embody the image of the company. Maje is multiplying its collaborations, notably with KWay, which is thriving in the chic sportswear boom. The Parisian brand takes care to protect itself, advancing step by step, astounding us with its creations.

In 2011, Judith was of cially recognised by the profession when she received a French Femmes en Or (Golden women) award in the category ‘women of style’.

Slowly but surely, she has pushed back the boundaries and invites women the world over to discover her very French universe.

Despite its success, Maje remains a best-friend brand, with a Parisian twist, one which works instinctively and has lost none of its original values. 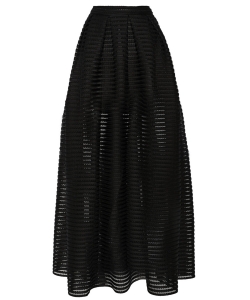 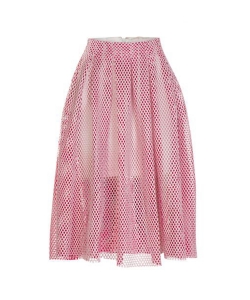