Makins Hats has been around for over 40 years, but at the end of 2013 it almost closed for good.

Marsha Akins opened Makins Hats in 1974, handmaking the first ever Makins hats in her own apartment. Flashforward forty years later. The company grew into a decent-sized factory space in the garment district of NYC and rightly earned a great reputation. After 40 years of business, Makins Hats closed its Midtown doors in October 2013.

Satya Twena, a designer who had worked with Makins Hats for more than three years, heard of the factory’s closing and decided to take a leap of faith and follow her passion. She purchased the factory on November 1st and put all her effort into keeping the factory open and preserving its legacy through crowdfunding. With the help of friends, social media and a dedicated following, Satya launched a Kickstarter campaign aimed at restoring the factory and hiring back all the employees.

Satya Twena is an accessories and lifestyle brand for the modern luxury accessory lover. Satya reminds women that they can be fashionable, seductive and should have fun every day. The Satya Twena brand can be defined as Feminine, Sensual, Glamorous, Luxurious, Seductive, Fun in her collection of accessories from head to toe. Satya Twena is the CEO and Creative director of Satya Twena Fine Millinery and Discover Pique. Satya's first entrepreneurial endeavor started in 2010 when her mother lost her hair due to the effects of cancer treatment. Satya's mother asked for a soft hat to cover her bare head. Satya continued making hats for herself, her mother and their friends out of her apartment using a jiffy steamer and her oven. Needing to fill orders, Satya's friend, Designer, Charles Nolan introduced her to the Makins Hat Factory (one of Manhattan's last hat factories, in the Garment District of NYC). She began working with them closely. In 2013 the 40 year old Makins Hat Factory closed abruptly. Since 1974, the Hat factory had been an integral part of NYC's rich fashion history. Satya used Kickstarter and social media to pre-sell hats to help fund the purchase. By saving Manhattan's last hat factories Satya and her team continue to preserve the legacy of the Makins Hat factory and the craft of hand made hats in America. 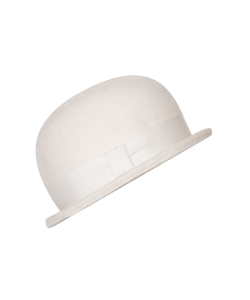