Spero Villioti was trained in England at the London College of Fashion. At the end of his 5 year course he graduated with full distinctions. He was immediately employed by the London based fashion house, Frank Usher, where he first worked as a full time junior designer and then senior designer. He then started Spero Villioti Couture in South Africa but continued as a senior designer for Frank Usher on a freelance basis, designing 5 international collections a year, Spring, Summer, Autumn, Winter and Cruise Line. Spero Villioti has been running his own successful fashion business in South Africa for the past 25 years and has reached the top of his field, designing for South Africa's elite and winning many prestigious international and local awards. 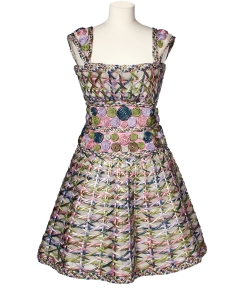