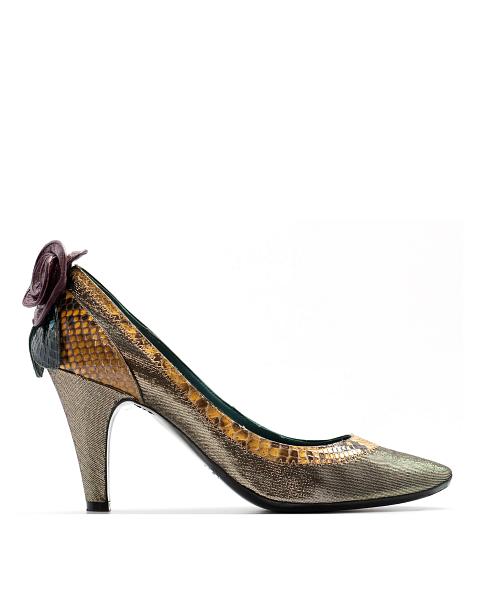 With a red leather rose on the back

Jacobs introduced his namesake line in 1986 and quickly became the youngest designer ever to win the CFDA Perry Ellis Award for New Fashion Talent. Two decades and several CFDA awards (for womenswear, menswear, and accessories) later, Marc Jacobs is to America what Miuccia Prada is to Italy: the can’t-miss catwalk, the bellwether label, the mercurial designer who stuns/delights/scares the fashion world twice a year.

Jacobs has a knack for sizing up the zeitgeist and then one-upping it. A master of the mash-up, his references are wide-ranging, always in flux, and often unlikely. He’s done multi-layered grunge and tight-as-a-drum ladylike. What’s next? It’s unpredictable - but you can safely assume it’ll make waves and move units. The mystique is buoyed by the use of unexpected models (Charlotte Rampling, Dakota Fanning, Posh Spice), and Juergen Teller’s vivid photo campaigns.