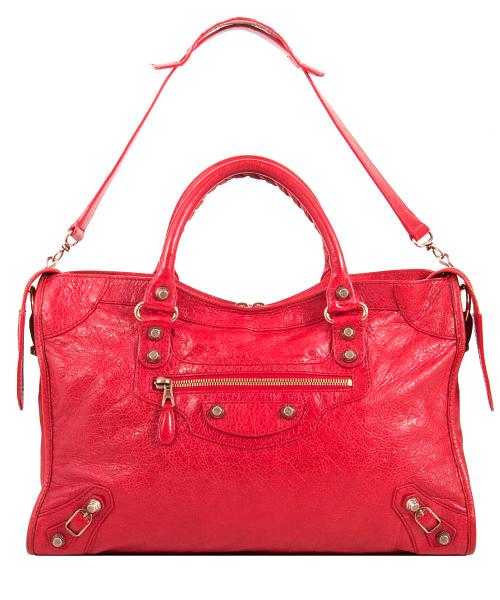 Packed with bold, beautiful color, Balenciaga’s Red Giant 12 Rose Gold City is the kind of bag that will stop traffic!