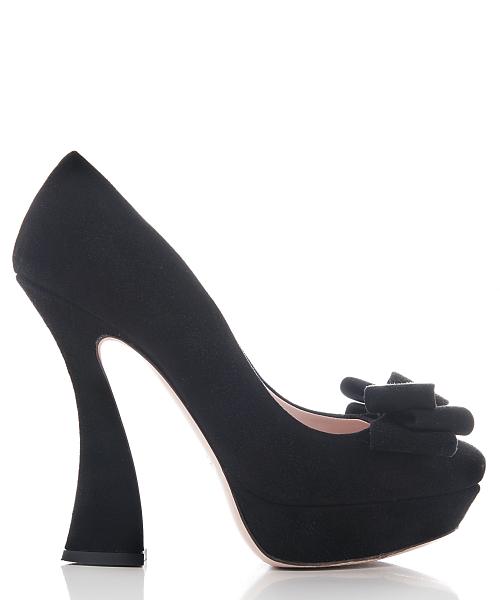 If you prefer a classic heel with a twist, then these seductive plum suede heels from Miu Miu will not disappoint. Exceptionally feminine embellished with a layered bow in soft suede, the beautifully arched heel is a modern tribute to the designer signature style.