Nicholas Kirkwood, with his inimitable architectural design aesthetic, is one of fashion’s favourite shoe designers.

Nicholas Kirkwood formed his eponymous British label in 2005 and has since then earned a name for himself as the go to designer for stand out, modern and often irreverent footwear. Kirkwood seeks inspiration from the enigmatic femininity of the women around him as well as modern art, architecture and often sculpture. With authentic craftsmanship at the heart of his work Kirkwood has garnered a global fan base as well as winning a number of awards for his designs. 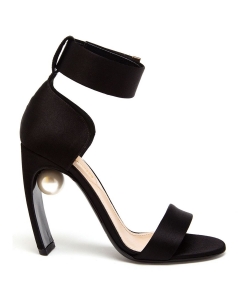