Pollini was founded in 1953 in San Mauro Pascoli,
a small town in Emilia Romagna. With time, this area became an authentic
shoemaking district thanks to the local highly skilled artisans.

The brand quickly gained notoriety and started producing its
leather goods on an industrial scale, which allowed the company
to start producing bags as well. But it was only with Pollini’s themed collections
that the brand gained its fame.

The most famous of these themed collections is “Daytona”
with its signature lace-up boots and casual shoes.
The line became representative of Pollini’s unique style and was even
displayed at New York’s Fashion Museum.


Pollini’s brand continued to grow throughout the years.
In 2000 the brand was bought out by the prestigious luxury brands group AEFFE.
Since then, Pollini has also been producing AEFFE’s other brands’ accessories
(Alberta Ferretti, Philosophy, Moschino, Moschino Cheap and Chich, and Love Moschino).

In 2008, the talented British designer Nicholas Kirkwood
took on the design direction of Pollini’s footwear. And in 2012, he became
Pollini’s Creative Director and has been leading a creative innovation
project for the brand, while maintaining its essential artisan
values and high quality materials.

In 2012, Pollini began a “capsule collection” of sun glasses for the
Spring/Summer season with the famous London based eyewear
firm Cutler and Gross.

In 2013, Pollini celebrates its 60th anniversary
with a special collection of shoes and accessories, including
a reinterpreted version of the classic riding-like boots.

The 2015 collection marks the beginning
of a new chapter for Pollini. Combining contemporary designs with fine craftsmanship,
Pollini is redefining the concept of daywear using quality materials
and clean lines to forge a strong identity.
This new outlook reintroduces the essential values of the “made in Italy”,
entrusting the understanding and execution to Italian designer Erminio Cerbone.
Cerbone, an experienced professional, joins the Aeffe Group after a career built in Italy,
where he worked with the most important names in both fashion and luxury. 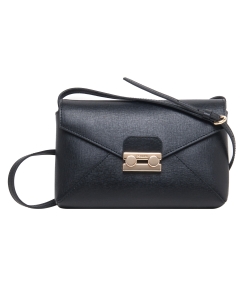 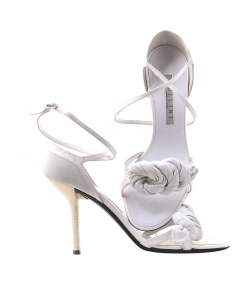