Rebellious and avant-garde, Vivienne Westwood has been setting the style agenda and bringing modern punk to the masses since she opened her London boutique in the 1970s.

In 1970, Vivienne Westwood shook up British fashion indelibly. She and then-partner Malcolm McLaren of the Sex Pistols opened a store on Kings Road, called Let it Rock, which functioned as an outlet for the two to showcase their respective interests. For Westwood, it was her penchant for leather and zippers. The store, now called World’s End, is still open and continues to carry Westwood’s collections: her main women’s ready-to-wear line, which she officially launched in 1981; her Red Label, which skews to younger tastes; a mass-market line called Anglomania; and her menswear line. Her designs have grown leaps and bounds in sophistication but retain the same tropes as always (pirates, tartans, courtesans, Victoriana, bondage). But although Westwood has remained one of Britain’s most influential designers—influencing Karl Lagerfeld, John Galliano and the like—she has struggled with profitability. With assistance from her manager, Carlo D'Amario, the introduction of her offshoot lines, and a perfume, by 1999 the designer was grossing close to $45 million. The iconoclastic redhead has always used her brand as a medium for political expression. One collection gently spoofed British royalty (and she reportedly went knickerless when she received her OBE from Queen Elizabeth), and in 2006, she showed tank tops with the slogan "I am not a terrorist.” 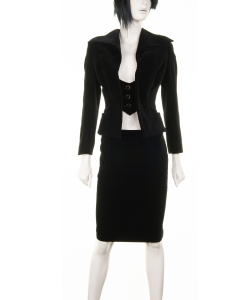 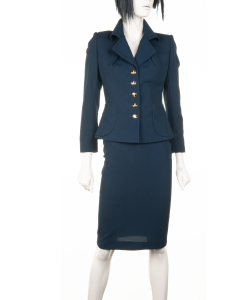 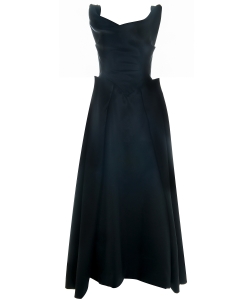 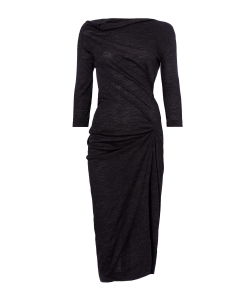